The report noted the smartphone as now being the device of choice in the morning for Irish news consumers, with 35% of respondents citing it as their first source of news in the morning. However, the popularity of radio among the Irish remains strong. Here the report highlighted that 31% of Irish news consumers, compared to an EU average of 19%, point to radio as being their ‘go to’ for the first news of the day.

As in previous years, the research for the report was undertaken by the Reuters Institute for the Study of Journalism as part of its ongoing comparative study on news consumption across the world. Ireland’s participation in the study this year, that includes 46 countries, was once again sponsored by the Broadcasting Authority of Ireland. Analysis of the Irish data was carried out by researchers from the Institute for Future Media, Democracy and Society (FuJo) at Dublin City University.

Another takeaway from the report is the finding that 57% of Irish respondents described themselves as being extremely or very interested in news, a higher proportion than the UK (43%), Europe (49%) and North America (47%). While the Irish figure marks a decline from last year, this may be due to a ‘Covid Slump’ according to researchers with people possibly being tired of pandemic related news.

Interestingly, while fake news and misinformation remains a concern for the Irish, the report also suggests an increase in news avoidance among consumers in Ireland, with 41% of respondents saying they ‘often or sometimes’ avoid the news; up 9 points from last year. Reasons cited for this included politics/ coronavirus coverage, and respondents noting that the news has a negative effect on their mood.

The consumption habits and attitudes of Generation Z also feature, with 18-24 year-olds being considered the most disinterested in news, least engaged with news brands and most likely, along with 24-34year-olds, to avoid news.

“Given the prevalence of misinformation and disinformation across Europe (most recently in relation to the war in Ukraine), understanding trends in news and media plurality continues to be of critical importance. The Reuters Digital News project makes a valuable contribution to this complex and challenging conversation in Ireland and internationally”.

Celene Craig, Chief Executive of the Broadcasting Authority of Ireland

These findings will no doubt be of interest to members from a news literacy and wider media literacy perspective, and the report also features 6 essays on other topical issues such as Ukraine news reporting, media polarisation and climate change reporting. To hear more about the report, including from the researchers themselves, check out a recording of the launch event, held by the BAI here. 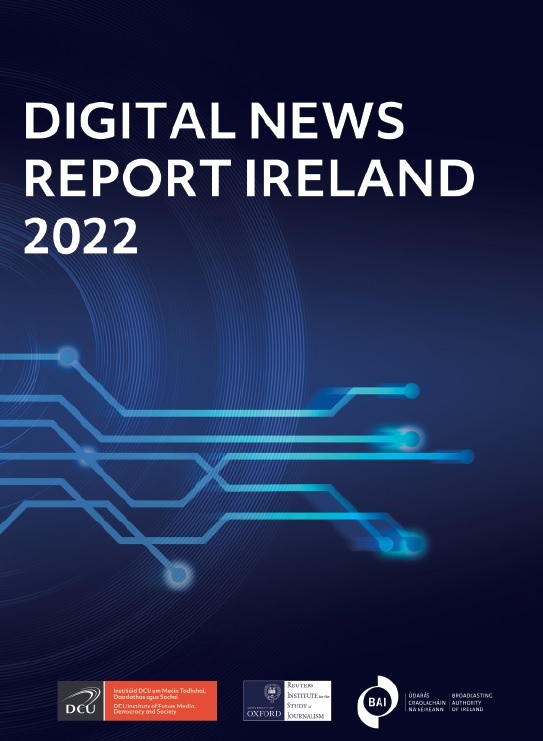