Stephanie Comey, co-chair of MLI’s Steering Group, opened the webinar followed by Dr Eileen Culloty, assistant professor at the DCU School of Communications and deputy-director of the DCU Institute for Future Media, Democracy, and Society. Dr. Culloty introduced media literacy as a context for discussing representation, giving three reasons for this framing: it promotes awareness of the ways representation works in the media, it helps us consider the wider implications of media representation for politics and society, and most importantly it inspires us to enact change.

Media, Dr Culloty pointed out, plays a prominent part in perpetuating existing gender norms that help maintain inequality. She pushed back against the widely-held notion that these issues are less important today in light of social progress and the increased prominence of female role-models; in fact, chronic underrepresentation of women in sports and the continued proliferation of unrealistic beauty ideals in advertising and social media persist, among other contemporary examples, reflect pervasive social inequality. Media literacy, Dr Culloty argued, can help address some of these issues.

Next, Dr Kara Brisson-Boivin, Director of Research for the Canadian educational non-profit MediaSmarts, introduced some of her organisation’s work promoting digital and media literacy in schools, households, and communities. Despite strides made by women in media, stereotypes continue to thrive and MediaSmarts’ work highlights the power relations that underpin some of the harmful effects of inequality. Topics that MediaSmarts has engaged with include body image, self-identity, women in sports and politics, and the economic interests behind women’s objectification.

Dr Brisson-Boivin explained that the most prominent use of augmented reality technology was not, as many would expect, in online games but rather in filters used by girls and women on social media. She pointed to media portrayals of positive femininity that have come about from public pressure, such as in the children’s programme ‘Paw Patrol’, but also highlighted the problematic gender-based marketing of toys to children. As an example of MediaSmarts’ work, Dr Brisson-Boivin showcased a workshop called ‘Half Girl, Half Face’, which tackles the issues teenage girls encounter on social media.

The panel discussion was moderated by Dr Susan Liddy of the University of Limerick, and included Dr Anne O’Brien of Maynooth University, journalist Lina Chawaf, and Dr Eileen Culloty. Dr O’Brien emphasised the importance of audiences, of which women comprise 51%, leading Dr Liddy to stress that women are not a minority. Despite this, Dr Liddy mentioned a recent study that claimed that 60-90% of dialogue in American films were spoken by males, pointing to working needing to be done at the screenplay level. Dr O’Brien and Dr Liddy agreed that media literacy should lead to activism and to changes in a system that underrepresents, undervalues, sexualises, silences, erases, and dehumanises women.

Lina Chawaf spoke on the differences in context when compared to the work that she does with Radio Rosana, a community radio station serving the needs of the Syrian people, and her background as an activist for women’s rights and freedom of expression, as a journalist, radio host, and media consultant. This context includes more violence and threats of violence toward women, especially those that challenge traditional or religious norms. Media can be a tool that helps fight for the rights of women and discusses their issues.

Dr Liddy raised the problematic issues of the representation of older women, mothers, and the disabled, and spoke of the lack of confidence that affects many women, which in some cases leads to missed opportunities for growth, advancement, and leadership. Dr Culloty surmised that a lack of international perspective and misunderstanding of intersectionality is part of the reason for why students in Ireland think the ‘dark ages’ of unequal or harmful representation are over and also echoed the need for media literacy to help older women, and not solely focus on the young. Lina Chawaf emphasised the importance of understanding the culture and society around us when addressing these topics.

Finally, the participants were asked to briefly suggest the next steps in moving forward to address the representation of women in media: for Lina Chawaf called for more discussion; Dr Liddy demanded more funding for women; Dr O’Brien called people ‘to the barricades’; Dr Brisson-Boivin encouraged collective action; and Dr Culloty advocated gender monitoring and a public campaign to explain its importance. 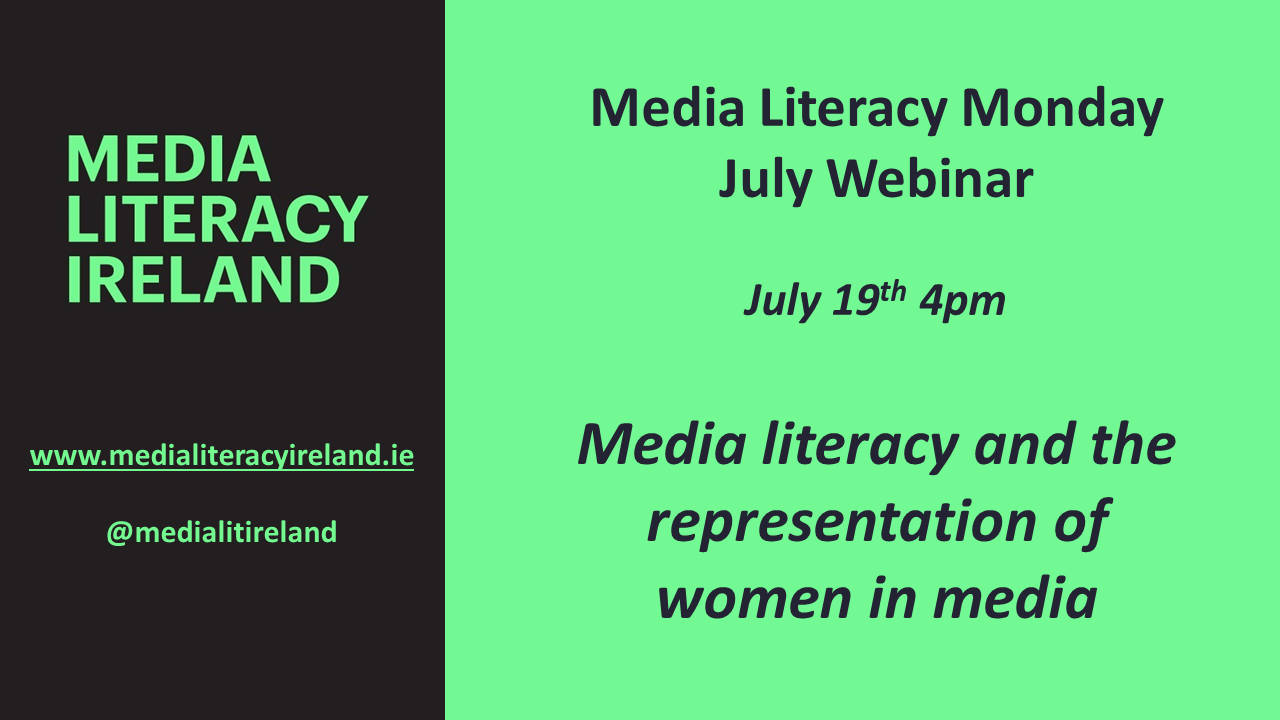