Conference of the Centre for Critical Media Literacy

A vision of media literacy that is inclusive, active and hopeful – but also realistic, informed by scientific and social understanding of emerging technologies, how we use them and the corporations that foist them on us: that was the vision on offer at the third annual conference of the Centre for Critical Media Literacy in Technological University Dublin on October 18 and 19.

Over the day and a half of the conference, nearly 100 people saw more than two dozen speakers from nine different countries and as many different disciplines share their research on topics as diverse as autonomous vehicles, Urban Dictionary, predictive policing and neoliberal Twitter bots.

In addition, Fardus Sultan, a PhD student in TU Dublin’s School of Marketing, ran parallel workshops on ‘Positive Time Online’ for children aged 7 to 12 to learn about care and respect when using the internet.

The Centre for Critical Media Literacy is an interdisciplinary group based in the School of Media but with researchers from all across TU Dublin.

‘Emerging technologies, social media and the politics of the algorithm’ was the theme of the conference, and the politics were very much to the fore. Keynote speaker Dr Dan McQuillan, Lecturer in Creative and Social Computing at Goldsmiths, University of London, gave a disturbing and stirring talk on ‘Anti-Fascist AI’, visually accompanied by an astonishing set of moody and informative gifs.

“Actual AI, the way we choose to apply machine learning in the world, is a close cousin of more familiar forms of ordering, like bureaucracy and the market,” McQuillan said. “It’s seen as something to fill the gaps where they are failing, while what it will actually do is to amplify social harm.

“To find a way through the cloud of possibilities thrown up by AI, we need to stay close to its technical operations, but combine that with a historical and political analysis, and, above all, with an openness to the impacts it will have in terms of human experience – especially for those whose experiences are already the most ignored or marginalised,” McQuillan continued. “If we do this, we are not only critiquing AI but reclaiming the relations necessary to recreate it in an alternative form.”

Dr Eugenia Siapera, Professor of Information and Communication Studies at University College Dublin, offered a thought experiment about how data might be reclaimed for a socialist politics. Dr Máire Ní Mhorda (Maynooth University) and Dr David Landy (Trinity College Dublin) shared initial findings from their research on how Repeal activists organised online – including with the Basecamp project-management app.

Deborah Brennan, joint co-ordinator of the Centre for Critical Media Literacy, and three adults with intellectual disabilities made a presentation about the recent research that Brennan lead-authored on short school days (aka ‘reduced timetables’) being inflicted in hidden ways on children with disabilities.

Tomás Murphy, Chris Byrne and Margaret Turley, who were part of the research team, developing research themes and conducting interviews, presented findings from the research. The project was a partnership between the Centre and Inclusion Ireland, funded under the Irish Research Council’s New Foundations scheme.

A report of initial findings was published in September. The report garnered a great deal of media attention, most of it highly sympathetic – including coverage on RTÉ across a full day of programming, a page in the Irish Times, and reports in media around the world. Brennan spoke at the conference about how both legacy and social media had been crucial to the research’s methodology, its dissemination and its aftermath.

Critical media literacy in third-level classrooms was a running theme at the conference. Dr Barbara Burke spoke about teaching the principles and practice of algorithmic ‘machine learning’ to students from diverse humanities and science disciplines at the University of Minnesota Morris. Dr Quaquilla Walker shared her findings from research with her students at Northern Arizona University about ethics in social-media communications. And Stephanie Costello discussed how transparency is being introduced as a value and a set of online practices in a journalism module that she helps teach at TU Dublin.

The conference closed, however, on a more personal note. Scott Coombs, who runs the annual Digital Transformations conferences in the West of Ireland, spoke about his late wife Orla Parkinson and the despair she suffered in her day-to-day encounters with technology.

It was a vivid reminder, like so much else at the conference, that people’s experience of media and emerging technologies are conditioned by so many all-too-real aspects of their social position: whether and how they were educated; whether they can afford to live with ‘smart’ technologies; whether they are on the punishing or receiving end of state repression; whether they are victims of the discrimination that crosses from the real to the virtual world by virtue of their gender, race, ethnicity, migrant status, sexuality, disability, mental-heath issues, political marginalisation or income.

If critical media literacy is to be meaningful, it should be informed by the knowledge that the critique, and the demands for change, cannot be limited to ‘media’.

Dr Harry Browne is Senior Lecturer in the School of Media at TU Dublin and joint co-ordinator of the Centre for Critical Media Literacy. 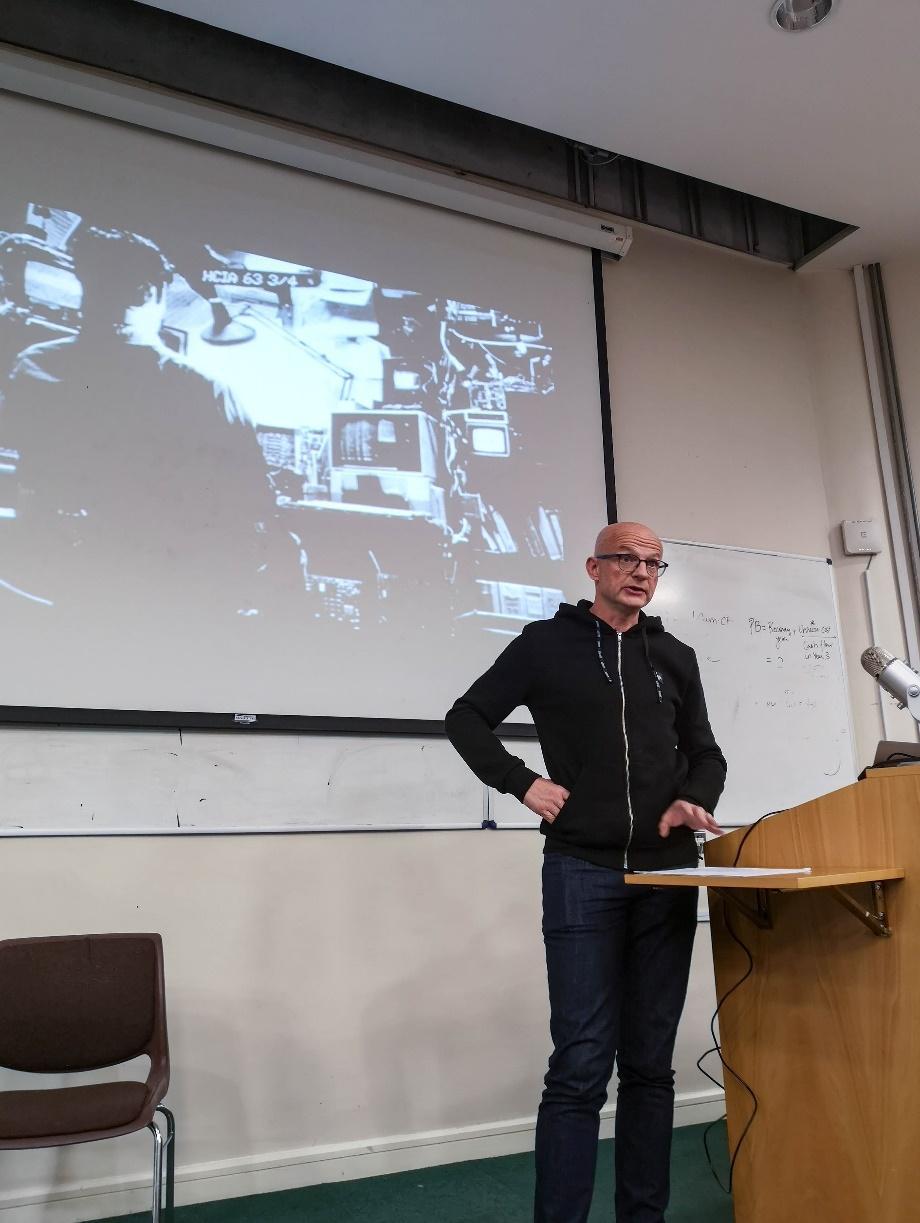